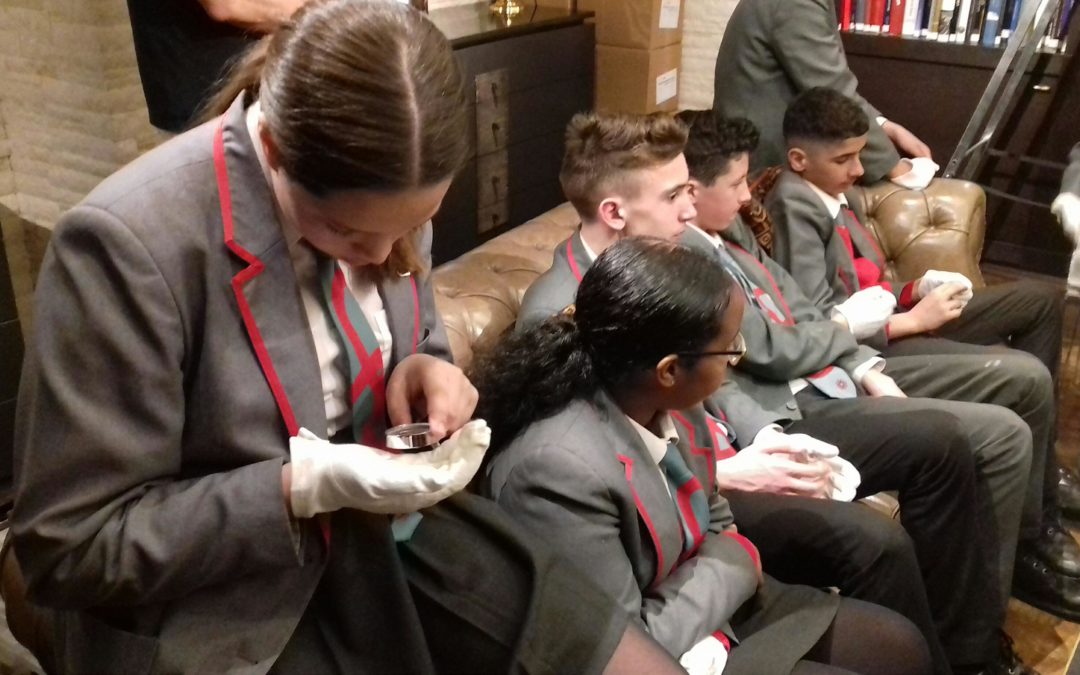 “On Wednesday 18th April the Year 9 Classics class went to the Kallos Gallery, a private gallery in near Oxford Street that collects Greek and Roman artefacts from the ancient world. Most of the pieces were for sale.

After the security guard had let us in, we were greeted by a woman called Hayley, who was to be our tour guide. We had to hang our bags up in case we knocked one of the ancient artefacts off their stand and broke it.

The first thing we looked at were little marble rocks called stargazers. They were originally made with bodies but the only the faces were left and they were very worn out and only had noses left. Only six of them were worth £19,000!

Next we saw a vase from Attica (Greece) decorated with a picture of the god Apollo playing an instrument called a lyre. The vase had shattered so it was put back together piece by piece, but you couldn’t tell that from looking at it.

After looking at a few more objects we went downstairs to do some coin handling. Hayley let us handle ancient coins made out of gold, silver and bronze. They were very heavy compared to our coins now. They had pictures of gods and myths and deceased kings. The prices ranged from £120-£400,000 for one coin!”