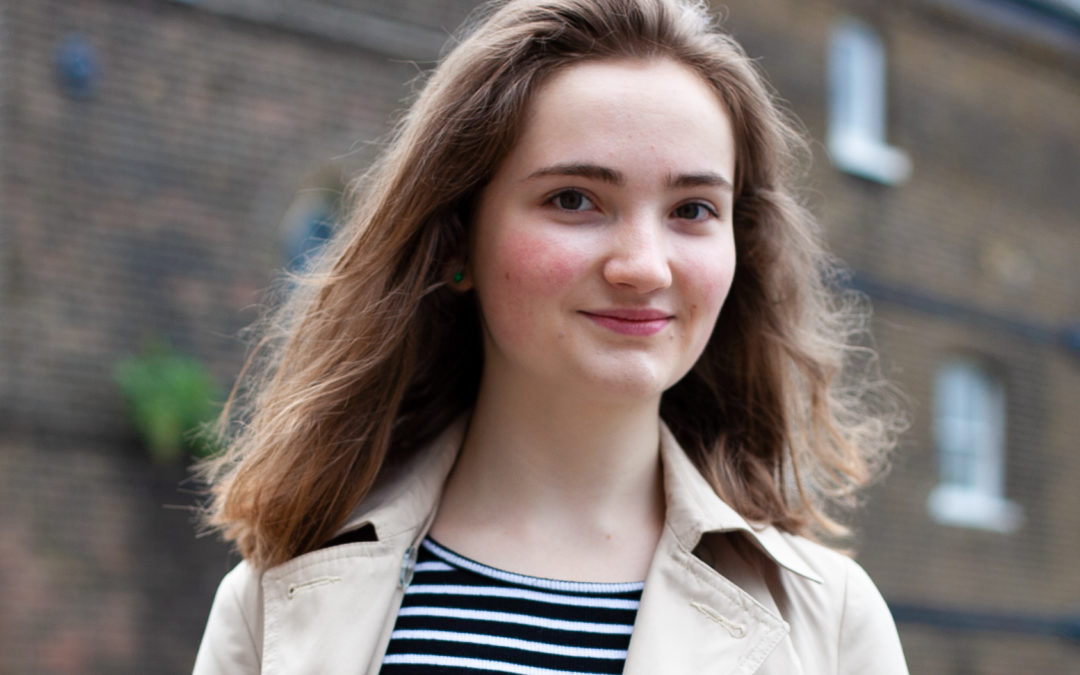 Sixteen year-old Jenny Spahl, from Berlin, has spent the past year studying at ELSS Sixth Form, and is about to return home to continue her education. Here she reflects on her experiences and on what she learned from her ‘year abroad’ with ELSS. We are sorry to see her go but wish her all the best for the future.

“Hi! My name is Jenny and I am a currently doing a year abroad at the East London Science School. I am from Berlin, Germany and I’ve chosen to do this year to improve my English skills, get to know many new people and gain experience. All of this I was able to do, being a student at this school.

It was very different to my school in Germany. I was not used to being in such small courses and only having four subjects. I found this to be an advantage, however. The A-levels I have chosen are Biology, Maths, English Literature and Latin. Although Science and Maths were never my particular strengths, I enjoyed the courses very much. Due to the small amount of students, the teachers could concentrate more on the individual and help them achieve the greatest possible mark in their exams. I have definitely improved my knowledge in Biology and my Maths skills.

Most of all however, I enjoy my Latin class. I have always been a fan of Latin. But now having received a year of private lessons at the East London Science School has made me realise that Latin is what I want to do at university. In sixth form, Latin is not only about learning vocabulary and grammar anymore, but mostly about reading great literature in the original language. However, grammar and vocabulary are not being neglected, after all they are the most important components of any language. During my year here my teachers and I have translated and analysed a part of the Aeneid (Virgil) and parts of the Philippics II (Cicero).

Apart from translating very interesting, moving, amusing and informative passages, I have learned everything about stilistic devices and metres. This was an advantage for me in my English Literature course, where I was able to identify many of these in Hamlet (Shakespeare). In Germany, from 10th grade on, we are allowed to use dictionaries in class as well as in exams. Therefore by the time I came to London I had almost forgotten all the vocabulary I had once learned. So my teachers here made me revise them and after loads of vocabulary tests, I realised that this was a very useful thing to do. I am now able to translate Latin texts much more quickly and easily. I am very proud to have gotten to a point where I can actually read easy texts. And those, which are a bit harder are like riddles and very much fun to solve.

Not only did Latin help me in English but also in recognizing many foreign words in German and French and technical terms in Biology, because half of the German, French and English vocabulary originate from Latin. The best thing about Latin is however that you have three subjects in one. Not only do you learn the language and read a lot of great literature, but you also learn a lot about Roman History, which is a great part of the subject Latin and which is very interesting and fascinating. And while translating Seneca or Auguste of Hippo, you get to know a few of the earliest philosophers and their philosophies. The Latin teachers at this school are very enthusiastic about the subject they teach and they succeed in passing this enthusiasm on to their students. As were all the other teachers I got to know.

Although having a year of private lessons in Latin was really great and I learned a lot, I really do hope that more students will choose Latin A-level in the future. Altogether I enjoyed my year here in London and at the East London Science School very much. I was lucky to get to know so many interesting, intelligent and nice people. The other students at the school welcomed me in a very friendly way and I have found some great friends. I am very glad I came.”