Much ado with Year 8 at the Globe 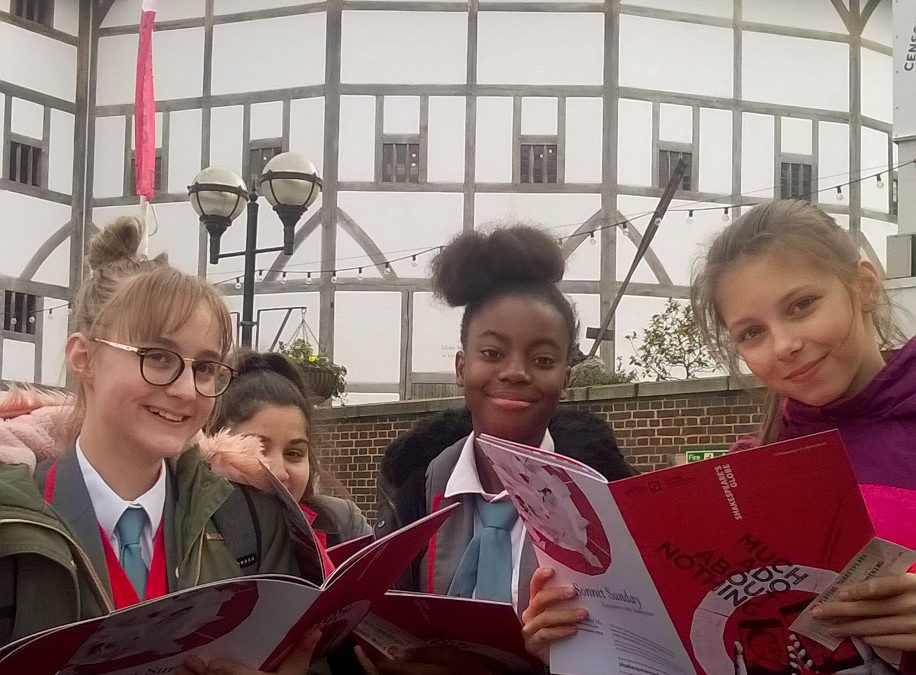 The ‘skirmish of wits’ between Beatrice and Benedick entertained members of Hooke and Heisenberg at an exuberant production of Much Ado about Nothing the Globe on Monday.

Shakespeare’s comedy, studied by the Year 8s, provoked different responses. Sara Rahman commented that she liked the twist when Hero supposedly died, while Abigail Ogura enjoyed the modern staging, and the part where Borachio uses his phone camera to fake the supposed adultery. Pinar Demir was interested by the decision to turn Don John into Dona Juana, while Oli Czechowicz thought the actor playing Claudio was particularly good at showing the character’s range of emotions.