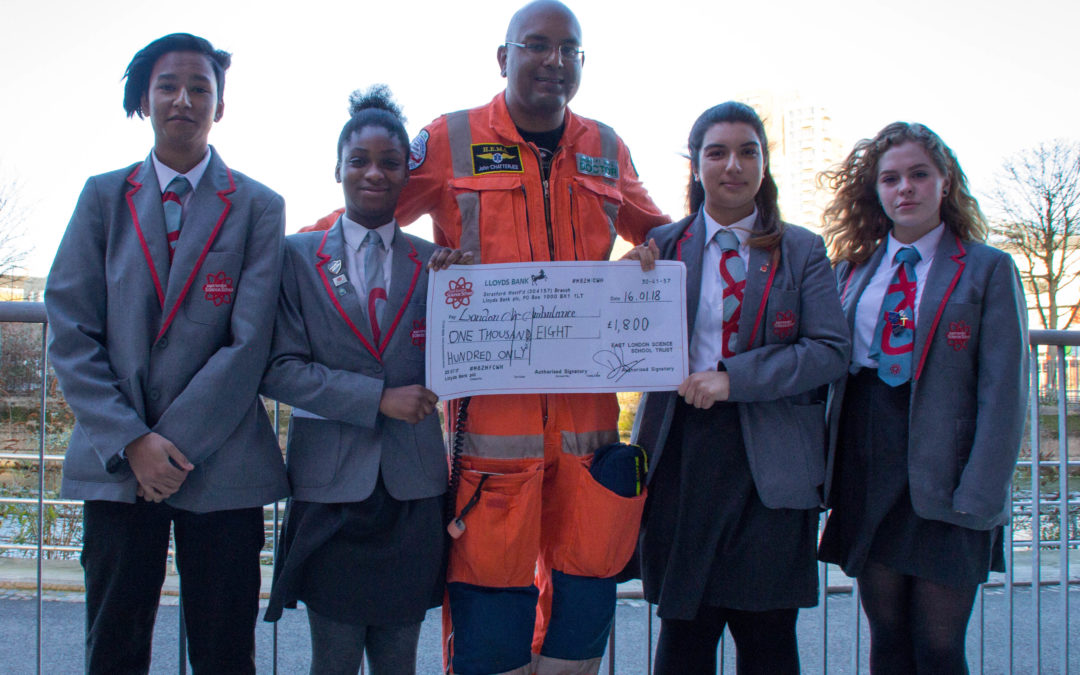 Year 10 students at East London Science School were proud to hand over a cheque for £1800.00 to Dr John Chatterjee from London’s Air Ambulance last Tuesday.  In May 2017 during the schools’ ‘Enrichment Fortnight’, almost a hundred students from Year 9, as they were then, went out in fundraising teams across East London to raise money for local charity, London’s Air Ambulance.  The charity, chosen by East London Science School’s Principal, David Perks, deploys emergency helicopters to provide rapid, effective treatment to trauma patients after injury. 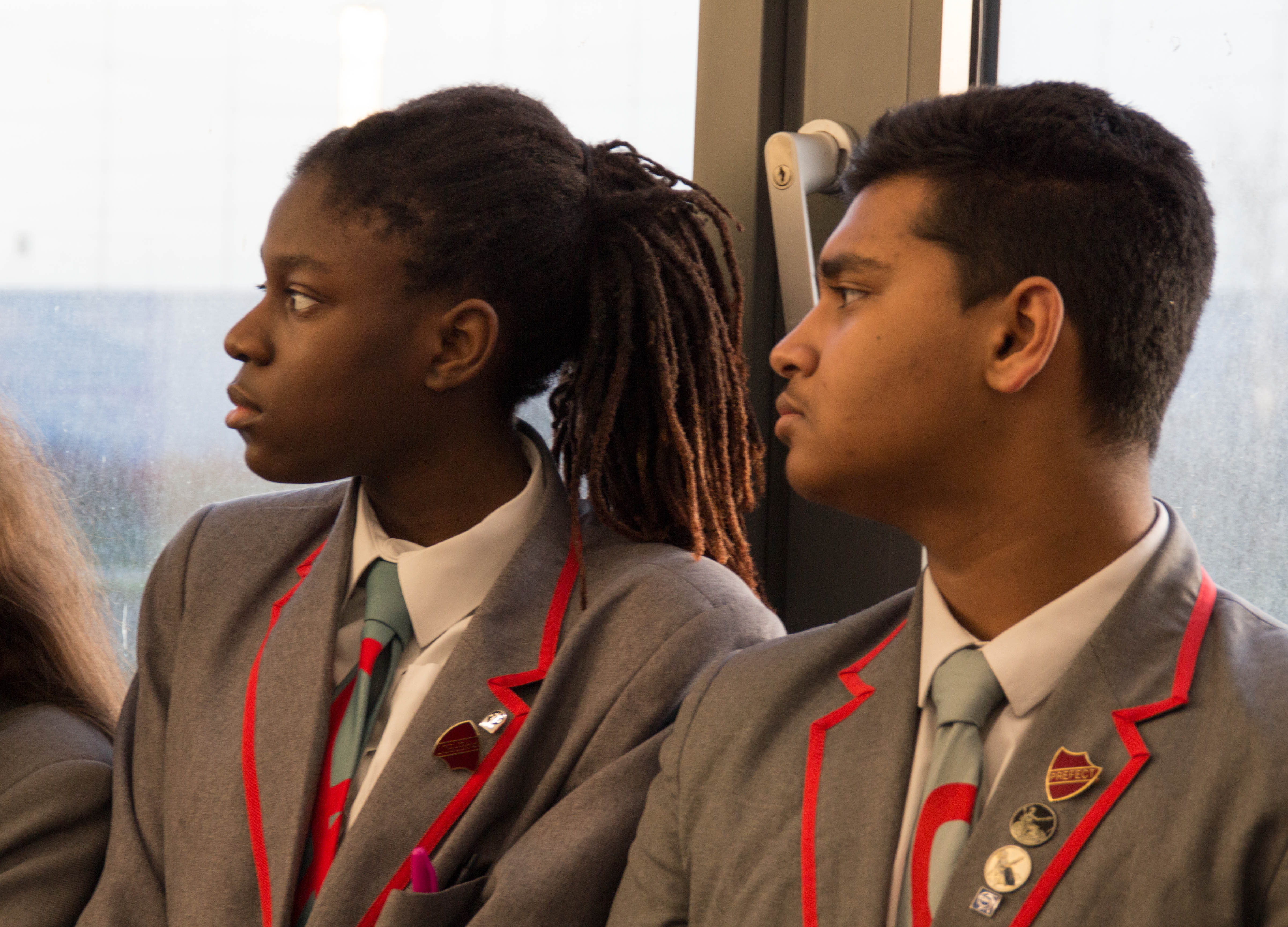 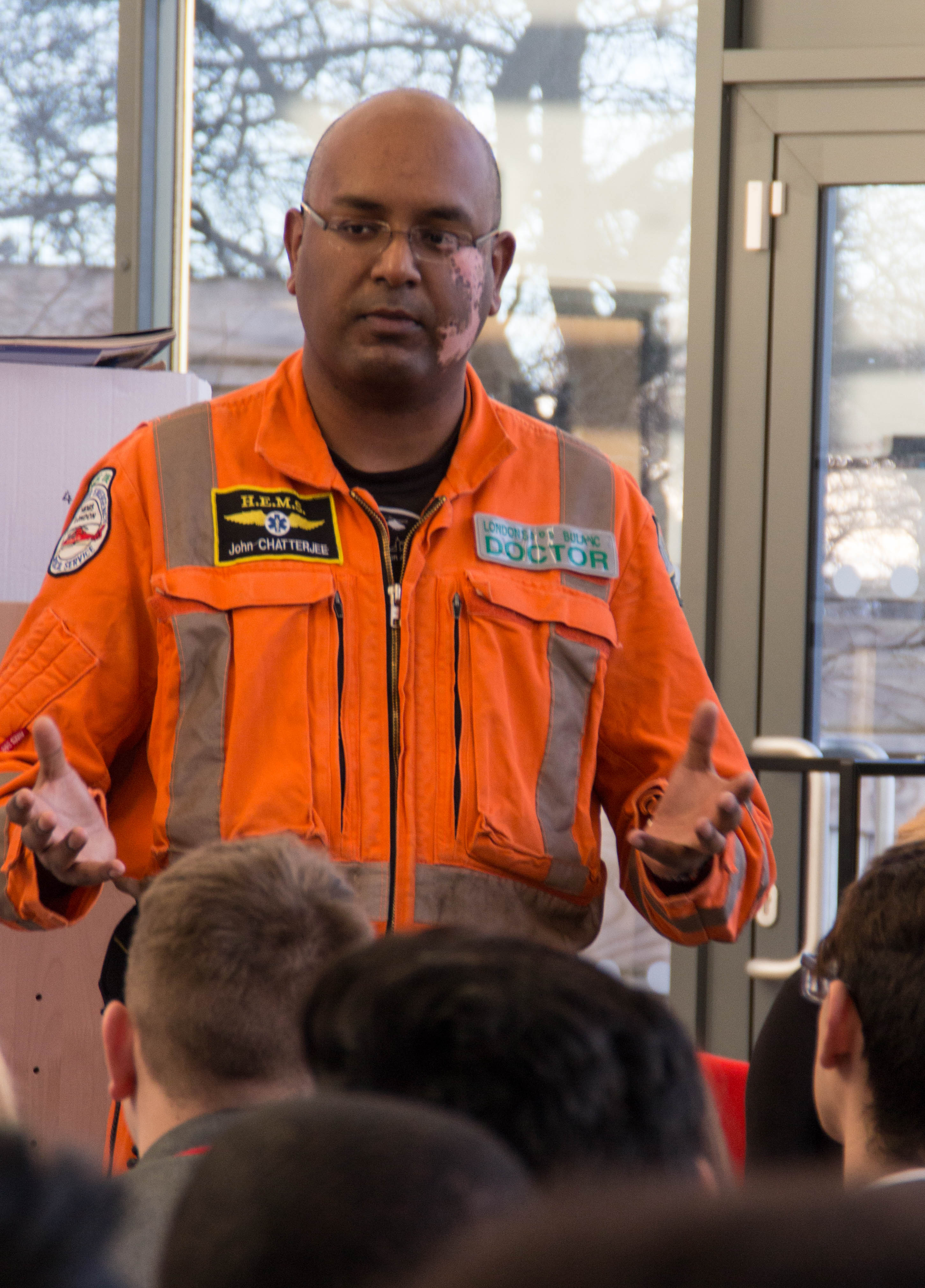 Dr John Chatterjee, anesthetic consultant for London’s Air Ambulance, told the students what an important contribution they had made to a vital service.  “Your fundraising meant that my team could come to the assistance of patients like the young boy we saw the other day who had been hit by a car.  We were able to save his life.  Thank you.”

In the assembly, Head of Year 10, Mr Woolfenden, reflected on what a special occasion the fundraising day had been for the students, as members of the public donated generously and congratulated the students on the good work they were doing.

“Many of the students were taken back by the warm response of members of the public from East Ham market to Canary Wharf.  I hope we can provide them with more experiences where they can help such a crucial vital service such as London’s Air Ambulance,” explained Mr Woolfenden.

The London Air Ambulance team thanked ELSS pupils publicly in a Tweet: “Thank you so much to the school and pupils for their incredible support – we hope that you all had a great and informative morning.”