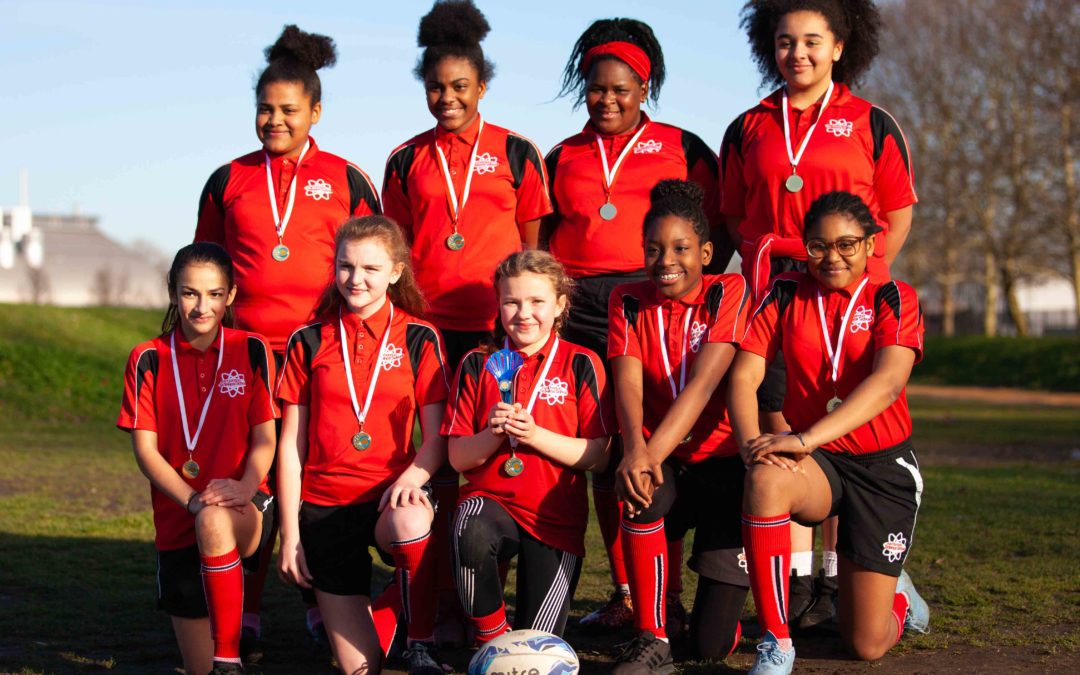 Congratulations to our girls rugby team who won the Under 13s Newham Rugby competition and will go on the represent Newham at the uppcoming London Youth Games in March.
The girls won both of their matches, 3 tries to 0 against Eastlea School and Forest Gate School.  Head of PE Mr McDowell described it as a “fantastic team performance from the girls and an excellent display from Evie and Variaam who won a ‘Man of the Match’ award”. 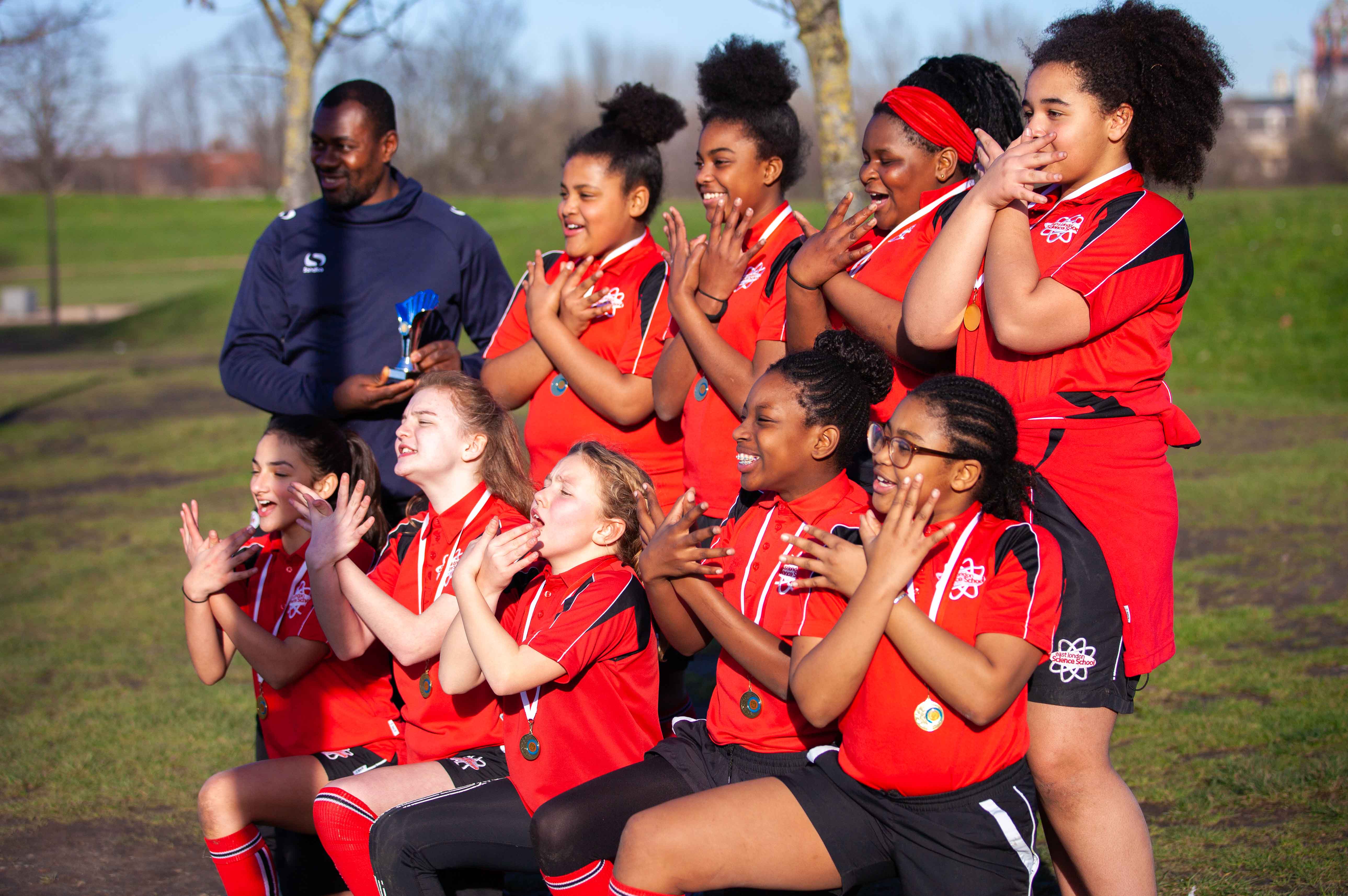