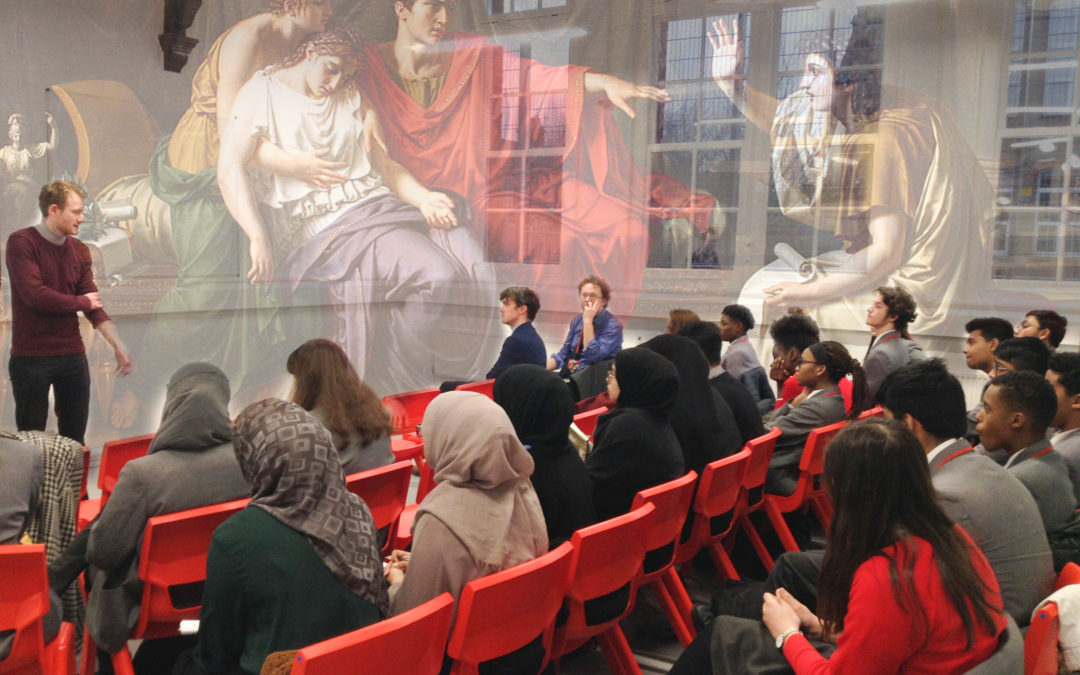 Professor William Fitzgerald began the event by talking about Virgil’s Aeneid, with a focus on Book 4 and the role of Dido. He explored the whole poem in huge depth, which encouraged the audience to think about the ever present furor (fury) in human nature and whether the poem is for or against Augustus.

Dr James Corke-Webster followed that up with a fascinating lecture on how the Emperor Augustus persuaded the Roman Republic to accept him as their supreme ruler without realising. He discussed how Augustus presented his own achievements throughout the Roman world in the form of monumental buildings and literary works.

We also hosted several Year 13 Classics students from nearby St Paul’s Way Trust School at the event, which was held at our new Sixth Form Centre. Head of Classics at ELSS, Mr Anderson, said “The talks really gave all the students a flavor of studying Classics at University. Many thanks to William and James and Classics For All, who helped set up the event.”

The montage image above  is a montage from the lecture (at our newly refurbished Sixth Form building) and Jean Baptiste-Wicar’s beautiful painting Virgil reading the Aeneid to Augustus, Octavia, and Livia.